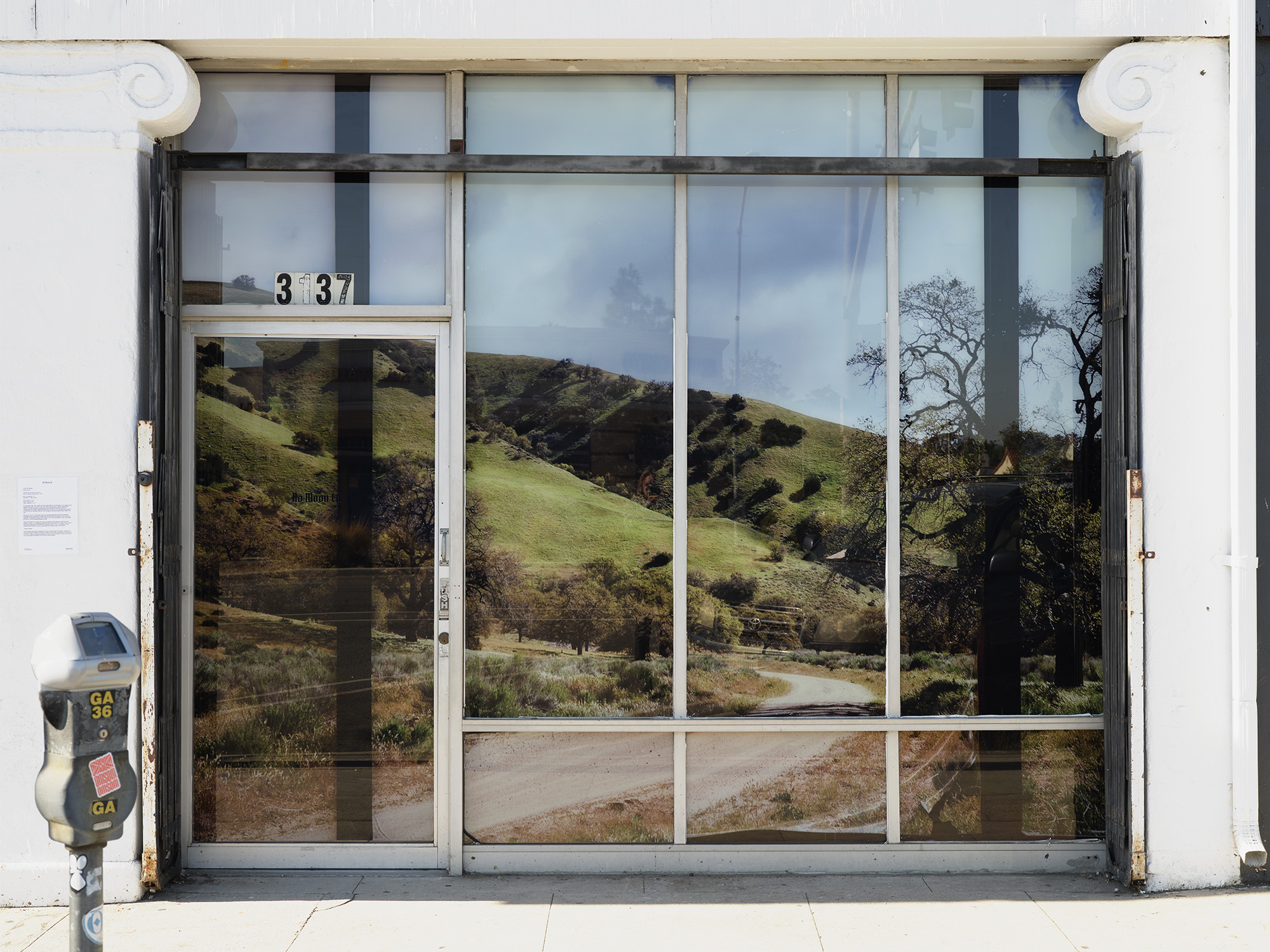 Former UCR MFA, Josh Schaedel had a recent exhibition at No Moon LA.

On November 10th, 1981 Jupiter and Pluto trailed behind Josh Schaedel, as he made his first appearance tucked in the arms of the night. Pluto’s Greek name is Hades, meaning ‘the Unseen’. The god was said to possess a helmet that made the wearer mist-like and undetectable. As a symbol, Jupiter expands what it touches, and so, Schaedel bore with him into this world an awareness attuned to the invisible as well as an ability to give voice to the void.
Standing at the door of Schaedel’s work you are looking both through and at something. Schaedel and the world seem to regard each other similarly. He shares with the viewer his grievance. It frustrates the eyes to not be able to rest or hold something in focus. It frustrates the heart to not be witnessed faithfully as well.

’Store Front’ opens on October 25 as the moon steps in front of the sun, forming a Solar Eclipse in the sky. It is considered a potent and far reaching symbol of change. Here on earth, mirroring this planetary shift, Schaedel’s photograph steps in front of the gallery, not just transforming the exterior, but also punctuating the numinous hollow of the interior.

Josh Schaedel has had solo exhibitions at Leroy’s Happy Place in Chinatown, Outback Art House, and Visitor’s Welcome Center/Arm-Gallery. He received his Bachelor of Fine Arts from Art Center College of Design and Masters of Fine Arts from University of California Riverside. He is the founder and director of the Fulcrum Press & Gallery.