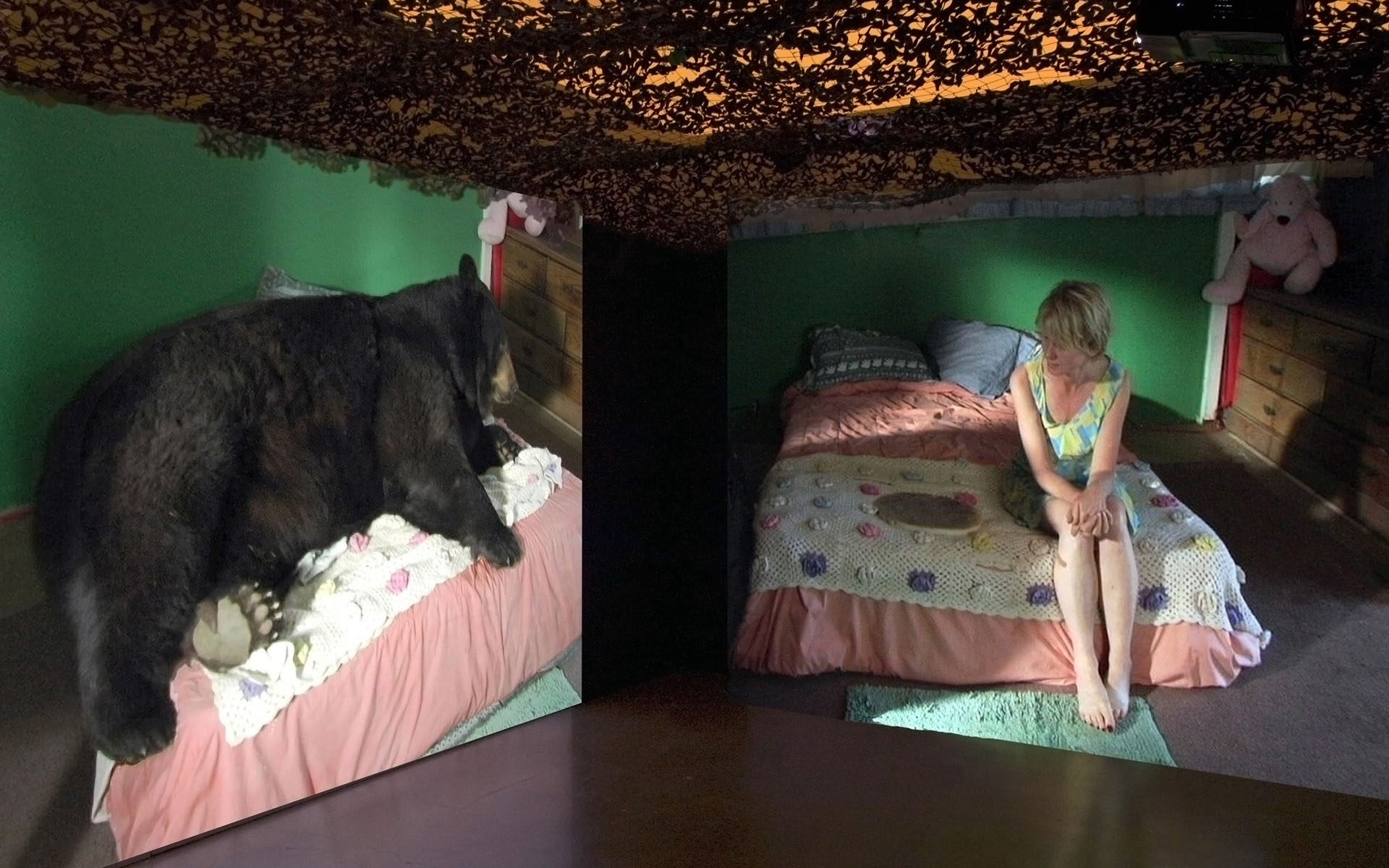 Hilja Keading received her BFA and MFA from U.C.L.A. Her work investigates connections between literal, psychological, and mythical realities, while considering parallels between comedy and tragedy. She works in billboards, video installation, broadcast television, and painting and drawing. Described as a Pioneer of Los Angeles Video, her videos and video installations have been exhibited internationally and nationally, including the Getty’s definitive “California Video” exhibition, and MOMA’s “Avant Garde Video, the First 25 Years.” Her work has been included in the Hammer Museum; JANM; LACMA; MOCA; The Geffen; The Bass Museum, Florida; The Henry Museum, Washington; La Tolerie , France, and others, and multiple gallery exhibitions. Recently she completed a permanent video installation for the Tom Bradley International Terminal at LAX. Keading is a current recipient of the FOCA Award and her work is featured on Museum of Contemporary Art’s MOCATV youtube channel.